In news from Ukraine and the upcoming 2012 European Championships[1], organizers are concerned with keeping down hospitality prices for the coming wave of travelers headed East. Along with integrating their efforts with those of sister venues in Poland, soccer fans being fleeced seems to be at the top of the Euro 2012 agenda of late. But is the concern already too late and too little? A great many visitors may have already been fleeced.

One of the world’s most beautiful cities, and ironically one of the ugliest.

Beginning in June, Euro 2012 will undoubtably be the biggest travel boom to either Poland or Ukraine, perhaps ever. Both countries have been frantically building infastructure, hotels, airports, roads, and stadiums to accommodate the world of soccer. But ultra high prices for hotels and other commodities could well dampen not only the spirit of these events, but the final tally on success too. 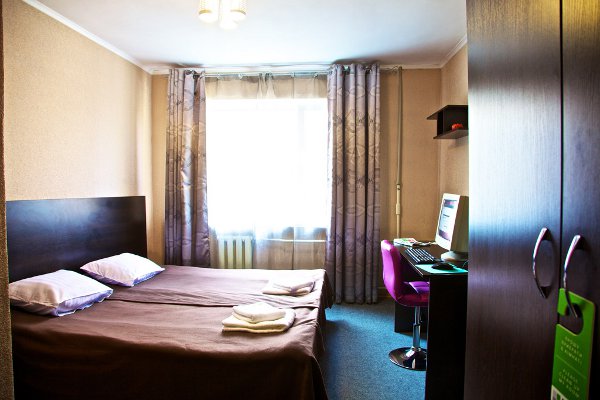 Euro 2012 organizers have called for “reason’’ in hotel pricing as most fear fleecing would give the games a bad image. Kiev has pulled out all stops to get prepared for these matches, revamping the old Olympic stadium among the many other construction projects. However, some experts suggest hotel prices for the Euro 2012 could reach past $300 per night.

We searched TripAdvisor just for a clue as to room availability in Kiev. Much to our surprise, even TripAdvisor on has listed one hotel[2] with rooms left available, and this, very far from the center of happenings.

Checking availability at the Hyatt, the Fairmont Grand Hotel[3], the Radisson Blu, even the Intercontinental[4] via Google Hotel Finder, you can forget about finding a luxury hotel in Kiev during the event. 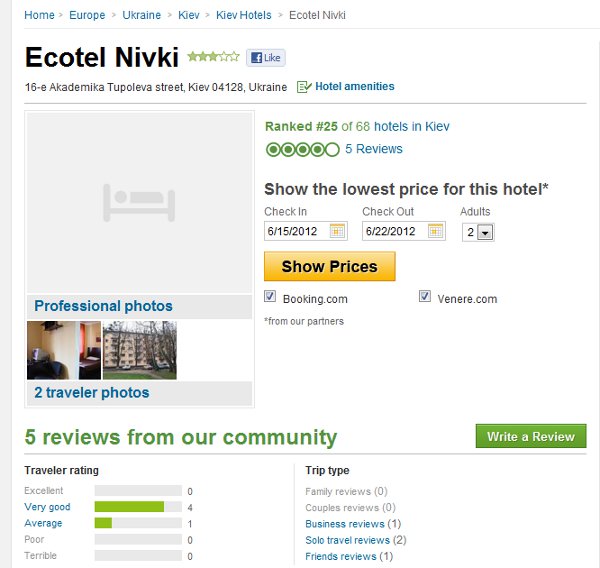 Not exactly the Waldorf Astoria – and for a week around €2000!

Researching just a bit it seems organizer’s worst fears have been realized. The hotel Ecotel Nivki (room image at top) is 12 kilometers from the Olympic stadium and the city center. The hotel appears to be in if not the worst neighborhood of Kiev, no exactly welcome central either. In fact, looking at the hotel via Google, it may be a converted high rise apartment unit from the Cold War era. (click the image above to book via the hotel) 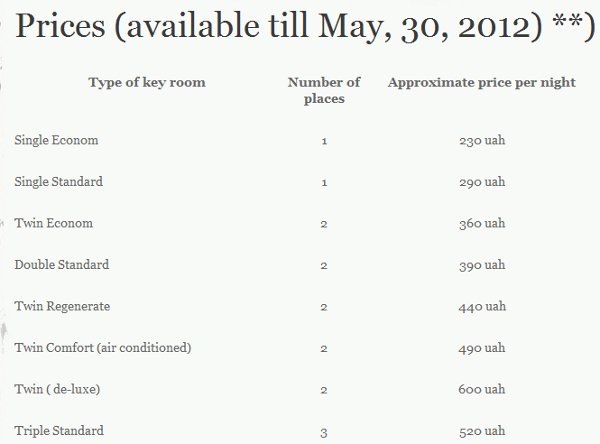 Finally, we took note of the rate notification on their website. As you can see in the screenshot above, plans are to bump up rates just prior to Euro 2012. We would not be doing our job if we did not show readers both sides of the story. Like every other major city in the world, there are two sides to Kiev. The video below from a resident shows the darker side of the city. As an advisory, if you are going to enjoy Euro 2012, be appraised of this side too.

Kiev is beautiful, Kiev is also a metropolis. And Kiev’s hotels are just about all booked up, price gouging or no.

Source URL: Read More
The public content above was dynamically discovered, by graded relevancy to this keyword domain, and was specifically filtered by “Creative Commons“ re-use licensing and/or by Press Release distributions. Source URL states the content’s owner and/or publisher. This site only references the content above to generate its value-add, the dynamic sentimental analysis below, which allows us to research global sentiments across a multitude of topics related to this site’s specific keyword domain. We take content ownerships seriously and respect authorships: Click “DMCA” in site footer to request applicable content take-down.

Acquire this Domain
We are Internet Investors, Developers, and Franchisers – operating a content network of several thousand sites while federating 100+ eCommerce and SaaS startups. With our proprietary “inverted incubation” model, we leverage a portfolio of $100M in valued domains to impact online trends, traffic, and transactions. You can acquire this domain. We have nurtured its online marketing value by systematically curating this site by its relevant keywords. You can also engage us for online marketing services and website maintenance. Explore our content network – you can advertise on each or rent vs. buy the domain.